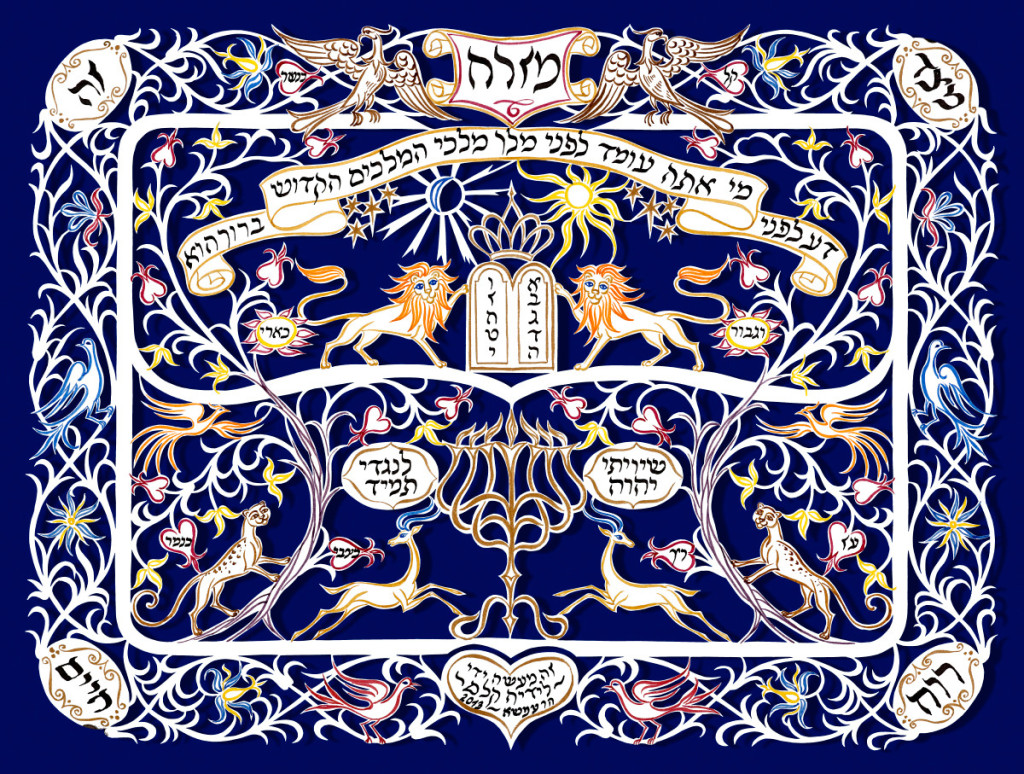 The central part of this rich and colourful paper-cut Mizrach is divided horizontally into two pieces. The upper one has the Tablets of the Covenant with the crown of the Torah and is supported by lions. On the scroll above is written a traditional text showing the humble state of man before God: “Know before Whom you stand, before the King, the King of Kings, the Holy One blessed be He”. (Berakhot 28b) .

The lower part contains menorah  and trees, representing the Tree of Life; the animals in both parts are lions, deer, leopards and eagles (in the border). These four animals from the famous aphorism of Judah ben Tema are all typical and traditional for European paper-cut style (see explanations in “Four Animals from Pirqei Avot”). The word Mizrach (East) in the central upper part of the border written on an intricate scroll is supplemented by four oval medallions (in the corners of the border) with four Hebrew words, for which is the acronym: “From this side is the spirit of God,” indicating the traditional direction of prayer for Jews (facing Jerusalem).